Restructuring: Tinubu, Fayemi, others Ask for Review of Revenue Formula

Stakeholders have called for a review of the country’s revenue sharing formulae to make more funds available to the state to serve the people.

They also advocated for a restructuring of the police structure to allow for state policing to tackle the various challenges affecting different parts of the country.

The Chairman of the Nigeria Governors' Forum, Dr. Kayode Fayemi, while speaking the mind of other Governors on the matter said there is need to empower other tiers of government in Nigeria.

He disclosed that the democratic rule in Nigeria has become more unitary due to additional power given to the centre by the operators of the Constitution calling for reallocation of power and resources to the country federating units.

On the state of the nation, Fayemi and the National Leaders of the All Progressive Congress Asiwaju Bola Tinubu, who was represented by the Deputy Governor of Lagos State, Obafemi Hamsat emphasised the need for state police in curtailing the spate of insecurity in the country.

They maintained that the current relationship between the police and the people needs such reform for the police to be able to face the security challenges squarely.

Other speakers at the event including the Kano State Governor, Abdullahi Ganduje, the Ooni of Ife, Oba Enitan Ogunwusi among others eulogised Late Abiola Ajimobi for his contributions to socioeconomic and political development in the country.

On her part, the wife of the former Governor, Florence Ajimobi said her husband had inaugurated the roundtable as an annual intellectual platform to bring together critical minds with a view to harnessing diverse thoughts and perspectives

The event was attended by political associates and family members of the former Governor. 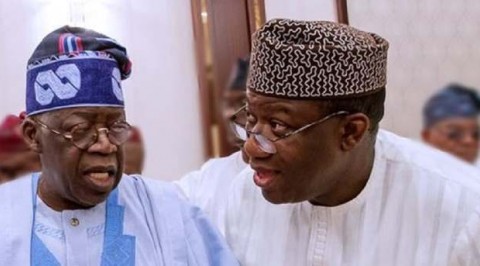 Restructuring: Tinubu, Fayemi, others Ask for Review of Revenue Formula 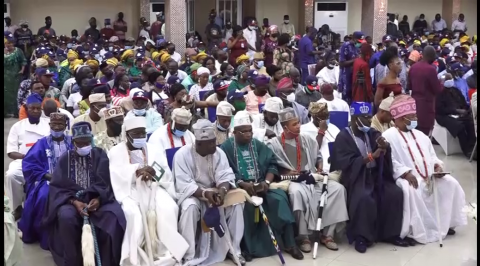